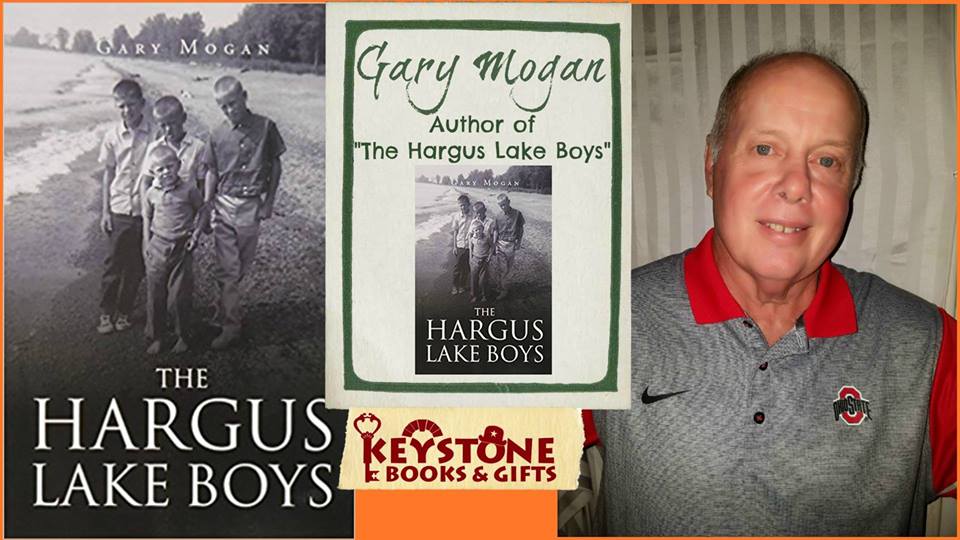 Join us October 20th for a book signing with Gary Mogan, author of The Hargus Lake Boys. Book sales will be through Keystone Books & Gifts.

Strong, character-driven novel about four young country farm boys who experience a horrific event, which profoundly changes all of them and how they attempt to grow past the disastrous experience. Taking place in the 1950s, four inseparable brothers fight to save themselves from an unknown killer after they witness the unimaginable while playing in the woods around the tranquility of their favorite playground, Hargus Lake. The experience haunts them into adulthood. Fast-forward twenty years, where after their father and one brother are murdered and a second seriously wounded by an unknown murderer, they decide to secretly devise a plan to draw the killer back into an area they know they can defend themselves, the deep woods surrounding Hargus Lake. A work not to be missed. A work of imaginative thinking.

Gary Mogan was born and raised in a small hamlet in the foothills of Southern Ohio, which inspired all of his works of fiction. Gary is the father of two grown daughters and has been married for the past thirty-three years. He resides in Florida, where he works his regular daytime job as an employee with the State of Florida, Department of Juvenile Justice.