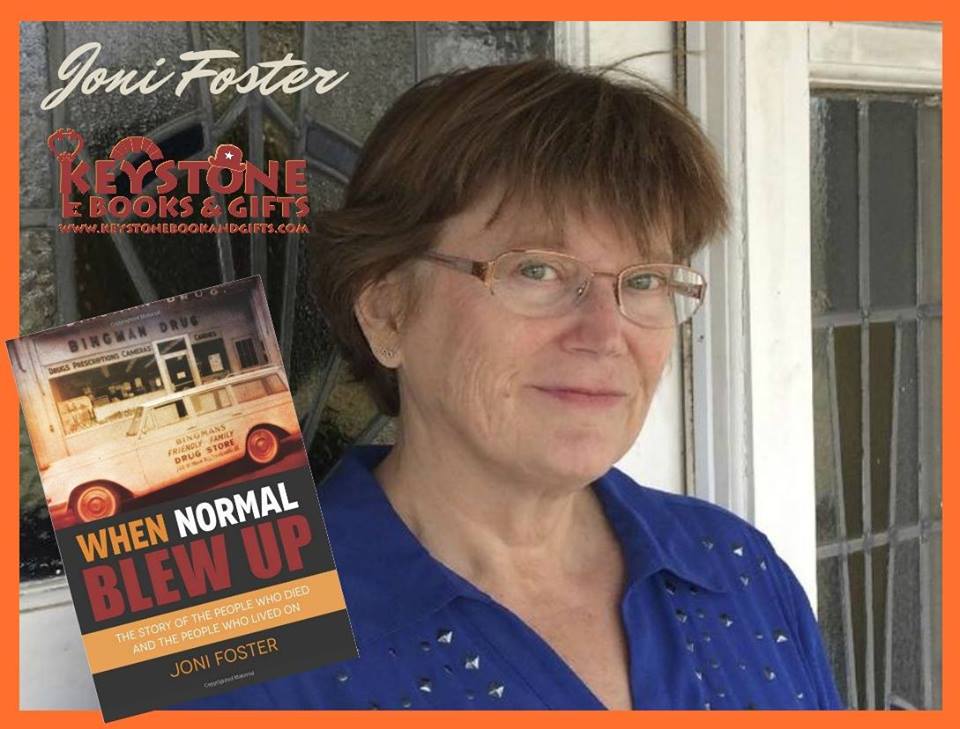 Join us October 20th for a book signing with Joni Foster, author of When Normal Blew Up. Book sales will be through Keystone Books & Gifts and a portion of the proceeds from the sale of the books during this event will go to the Haven House of Pickaway County.

In 1967, in the small town of Circleville, Ohio, a man walked into an old-fashioned drug store on a busy Saturday and laid a smoking package on the pharmacy counter in the back. He had a bomb. The store owner grabbed the package and ran down the back hallway. The man chased the owner, grabbed him and struggled to take the package away. A pharmacist saw what was happening, raced after both, and tried to pull the two apart. A clerk was standing at the back door. A bookkeeper was in the back office, unaware. The bomb went off.
​
Five people died that day, leaving five spouses and fifteen children to grieve in silence and a stunned community to pick up the pieces. Fifty years later, Joni Foster, who was nine at the time and daughter of the pharmacist who died, began a quest to find out in detail who these people were and what exactly happened. Over nine months, she would interview members from each family to hear their stories of what life was like before, what happened that day, and how they moved forward. Most of the people she interviewed had never told their story before to anyone, including members of their own families.
​
This story is a tragedy, a history lesson on the slow, painful emancipation of women, and ultimately a love story to the families trying to live normal lives.

Joni Foster lived through this tragedy. She has spent her life helping communities around the globe as a community organizer, community developer and storyteller. Today, she and her husband live on a small farm in Texas.